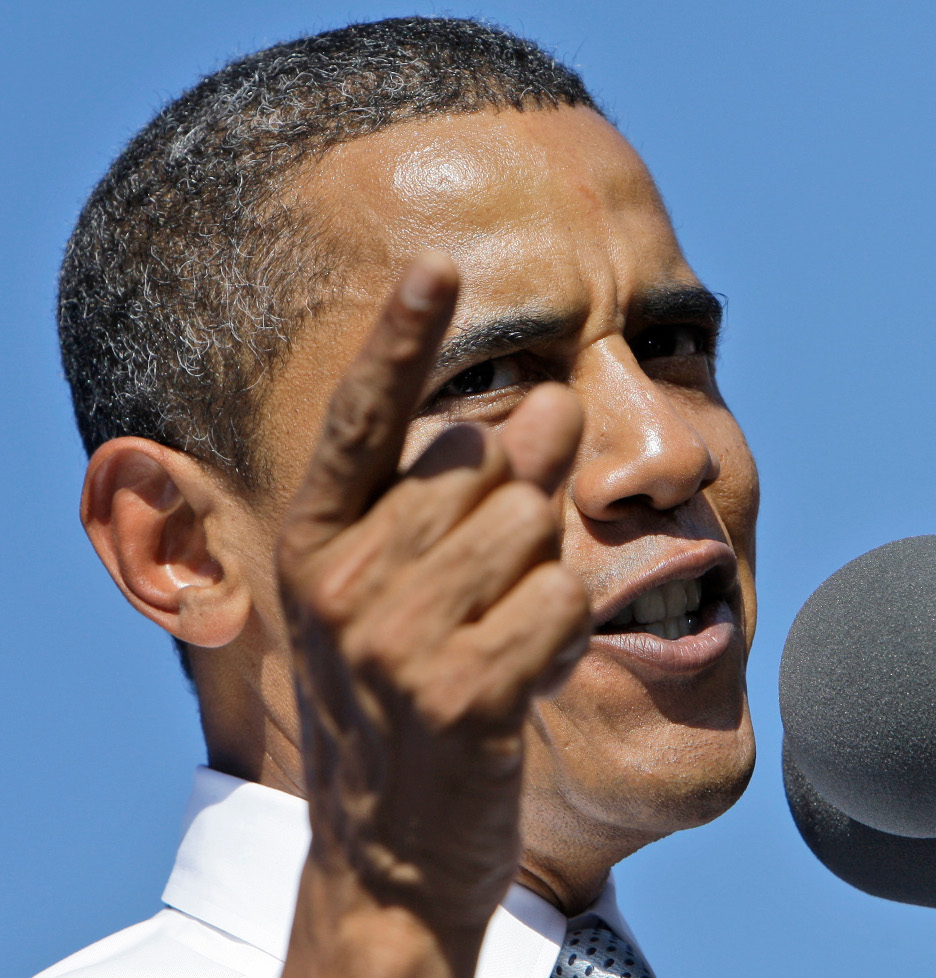 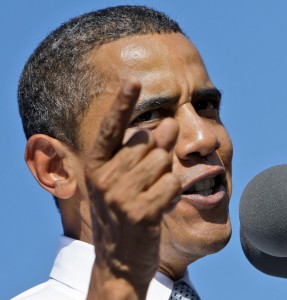 America is still waiting for President Obama to share his insights on Kate Steinle. Kate is the woman murdered by Juan Francisco Lopez-Sanchez, an illegal felon who, after being deported seven times, managed to find his way back to San Francisco where he shot the 32-year-old in the back with a stolen gun.

Conversely, much as he does whenever there is a mass shooting, Obama nearly tripped over his wingtips sprinting to the podium to blame Second Amendment advocates and the Republican-controlled Congress for the mass shooting on a community college campus in Roseburg, Oregon.

Yet every day, 4,000 babies expire in abortion clinics and dozens of people die at the hands of inner city thugs and illegal immigrant criminals, none of which the president responds to with grief or concern.

Unlike his indifference to the deaths of Americans killed by illegal aliens or the dismissive attitude he has toward the 60 million human beings who have been ferried from the abortion clinic to the incinerator, and much like the way he portrayed 9-year-old Tucson shooting victim Christina Taylor Green jumping in heaven’s rain puddles, while exploiting the Umpqua Community College victims for political expediency the president sounded like he was describing DREAMers:

In the coming days we’ll learn about the victims, young men and women who were studying, learning and working hard with their eyes set on the future, their dreams, on what they could make of their lives.

What’s so disconcerting about all this is that from 2010 through 2014, 121 incarcerated immigrants released by the Obama administration went on to commit “homicide-related offenses.”

Moreover, being lectured about states with “the most gun laws tending to have the fewest gun deaths” by the person from a city with high body counts despite extremely stringent gun laws or being scolded by a guy who handed a genocidal Iran a nuclear bomb reveals somewhat of a dangerous disconnect in the mind of the person doing the reproving.

Speaking of minds, the president who usually doesn’t wait for the facts did point out that “We don’t yet know why [Chris Harper Mercer] did what he did. And it’s fair to say anyone that does this has a sickness in their minds.”

Take for instance those who sneak over the border and then go on to sodomize children, rape women, and murder American citizens. Nary a word. In like manner, Obama never questions the mindset of Islamic radicals who kill in the name of Allah or thugs who shoot police officers with wanton abandon, nor has he condemned the evil mentality behind federally-funded organizations that abort and sell babies’ body parts.

But after another mass shooting, the otherwise apathetic Obama is quick to speak of common-sense gun safety laws, bemoan mass murder becoming routine, and accuse America of becoming numb to gun violence. In addition, he does not hesitate to dredge up references to “Columbine and Blacksburg… Tucson… Newtown… Aurora and Charleston.”

In his comments concerning UCC Obama portrayed America as barbaric while citing stricter gun laws in more civilized countries like Britain, where shootings have been replaced by stabbings and beheadings. Obama even predicted his adversaries would be accusing him of politicizing that which he openly admitted he was politicizing.

In fact, while the media is at it, maybe they could expand that public service by also comparing deaths resulting from illegal immigration with gun fatalities, gang violence, or better yet, abortion statistics.

During his UCC comments, Obama implicitly passed the blame on to the American voter for the carnage, saying, “This is a political choice that we make to allow this to happen every few months in America. We collectively are answerable to those families who lose their loved ones because of our inaction.”

If that’s true, then Barack Obama is individually answerable to those who lose loved ones as a result of his multiple examples of inaction, like say for instance the family of Kate Steinle.

Then, despite Americans dying from imported diseases and our borders remaining open, and although ISIS threatens to use a refugee crisis to infiltrate America, Obama used the UCC shooting as a stage to tie saving lives through strict gun laws to the federal response to natural disaster, mine collapses, potholes, and seat belt laws.

Problem is, Obama’s liberal policies are responsible for much death.

Still, the president called on Americans to “get our government to change [gun] laws… to save lives. And to let young people grow up.” Obama must mean young people that are not aborted, or murdered by illegal immigrants like Prudencio Ramirez, who killed his girlfriend and burned her three-year-old son alive, ISIS style.

According to the man whose legacy is fast becoming “continuing death for innocent people,” seeing the gun issue his way “will require a change of politics on this issue” and should determine who Americans vote for. After all, Obama, the very person who dismisses the views of the American people on most every issue including gun control, feels voters — except in his case — should “expect… officials to reflect [their] views.”
The president then portended that before he leaves office, gun violence will provide him with additional opportunities to offer condolences to bereaved families, a gesture Barack Obama doesn’t bother to extend to the families of murdered victims of illegal felons, executed cops, unarmed military — or aborted babies.

In closing, the president called on the God he said couldn’t help with the gun violence problem, but not before dissing the NRA and promising that in addition to Tweeting children who make clocks that look like bombs, he will henceforth harp on altering gun laws and, as long as no illegal immigrants are involved, will continue to exploit gun tragedies to benefit his progressive political goals.