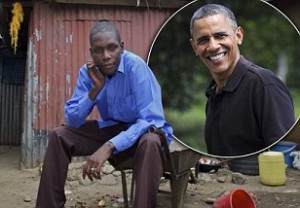 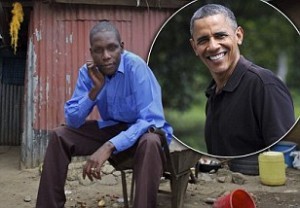 Once again, Barack Obama is attempting to heap condemnation on Americans for being concerned that ISIS, as promised, will infiltrate the U.S. and do it by exploiting a humanitarian crisis.

That kind of blame-the-vulnerable tactic is exactly what the president used when he insisted on bringing thousands of “unaccompanied minors” into America from Central and Latin America.

For months, as border agents did double duty as nurses and nannies, at the mere suggestion that the youthful invasion might not be in America’s best interest, Obama responded by bludgeoning the wary with his trusty “that’s not who we are” club until the prudent skulked away whimpering in frustration.

As a result the Obama-sponsored charitable “unaccompanied minor” crisis delivered to the American people Third World diseases that caused dozens of children to be infected with Enterovirus D-68 – some of whom died.

Currently, the president is sponsoring another crisis.  This one involves Middle Eastern refugees.  As ISIS salivates at the thought of ‘tasting of American blood’ the latest influx is poised to deliver to our citizenry ramifications far worse than viral infections.

Nonetheless, Obama, who ordinarily has no trouble working in tandem with Planned Parenthood to ensure the surplus children are disposed of, is again depicting refugees, 62% of whom are military-aged males, as parentless youngsters, and accusing the cautious among us of being “scared of 3-year-old orphans.”

For the moment, after listening to eight years’ worth of words that are completely detached from any corresponding action, Obama maintains that he’s concerned about foreigners in need.  If that’s true, instead of worrying about 60 million refugees, maybe he could lead the way by putting doable action behind his own sanctimoniousness lecturing.

And what better place to start exercising those “My Brother’s Keeper” values he keeps talking about than with his own half-brother, George Obama, who despite his famous sibling’s desire to save the world from destitution, barely survives on but a few dollars a month.

Yet when Barack “My brother, your brother, our son” Obama visited the motherland in the summer of 2015, rather than embrace his family heritage, not only did he refuse to visit his ancestral village of Kogelo, he also chose to ignore his penniless half-brother.

Now, a few months later, while addressing the G20 summit in Turkey, a clearly irritated president pontificated about the American value of embracing an influx of 26-year-old male Muslim fighting age orphans.

And while Obama berates Americans for not doing enough for Middle Eastern refugees, in Kenya his drug and alcohol-addled brother George continues to live below the poverty line in an illegal tin hut in Nairobi’s filthy Huruma slum.

So, with that as a basis of comparison, Barack has zero right to lecture anyone about lack of empathy towards those in need.   Not only that, but how about his audacity while in Malaysia? In the midst of the raging refugee debate, an insolent Obama vowed that despite his allowing bands of blood thirsty barbarians free access to America’s throat, “as long as [he’s] president we are going to keep stepping up.”

Granted, Barack will continue to fight hard for the right to dump boatloads of indigent refugees, some of who are planning to kill us, at the feet of weary American taxpayers.  However, in the interim, no one has stopped him from assisting his Kenyan brother who, rather than follow his dream of being an author and playwright, collects trash off the street.

That’s right, while one of his father’s many sons thrives in the lap of monarchial luxury, George Obama spends his days gathering up foul smelling waste and delivering it to a centrally located Kenyan dumping ground.  For that, Barry’s baby brother earns 100 Kenyan shillings pay per ‘shovel ready’ bag, which in U.S. dollars comes to a rousing $.97 per sack.

Clearly an environmentalist, green-leaning George sounds like his older brother when he insists that collecting garbage in a slum is his attempt at “job creation and keeping our environment clean.”

Sadly, familial needs have been unable to stimulate a helpful response from the president.  Instead, on a grander scale, Barack Obama is directing his attention toward attempting to persuade unwilling Americans to yield to an altruistic value he fails to demonstrate in his own life.

For lack of a better option, Barry should at least encourage his younger brother George to mingle in with the throngs of refugees currently being beckoned toward America for a better life.   So far he hasn’t, and based on his past track record, probably won’t.