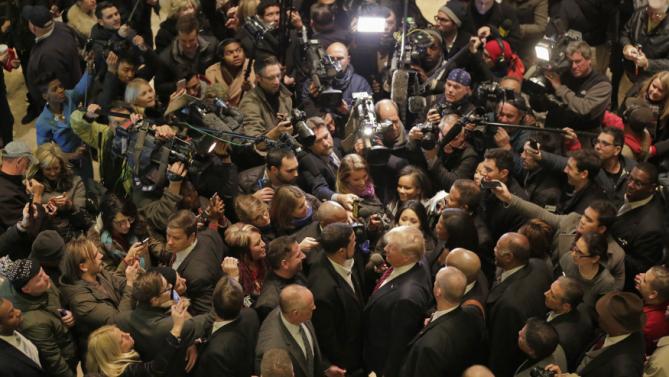 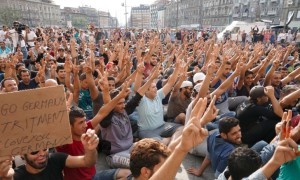 One week after ISIS fighters, some of whom pretended to be refugees, stained the streets of the City of Lights with blood, French president François Hollande extended his concern for his people’s safety by granting 30,000 additional “refugees” admission into France.

Here’s why François made that choice — evidently, before fake refugees gunned down 128 innocent people in cold blood, in his plan to institute the type of “fundamental transformation” Barack Obama is busily establishing in America, Hollande made a commitment to accept migrants and refugees from war torn Syria.

In other words, socialist utopia-builder François ushered unvetted ISIS warriors with a craving for blood into the hen house and now after the flying feathers have settled, the blood is barely scrubbed off the sidewalk, and as ISIS sits sucking the marrow from the bones of it’s kill, to teach the devourers a lesson, instead of closing the borders, France’s president has swung open wide the gates to the hen house.

Think of it sort of like a security guard welcoming a band of rapists into a girl’s dormitory – only a million times worse.

In France, just days after 128 people ended up either in the morgue, on the autopsy table, or face up in a freshly dug grave, Hollande felt moved to address a group of mayors telling them “Life should resume fully” and that, despite the recent carnage, France would be accepting 30,000 additional refugees.

Maybe someone should inform France’s president and the mayors that gave him a standing ovation that life will never “resume fully”, or even resume at all, for the victims who, thanks to François’s irresponsible attempt at benevolence, were the latest bunch to be carried away in a hearse.

The argument among many of these deluded, pie-in-the-sky political empire builders is that not all refugees are terrorists, which is true.

However, in order to prove the French people have nothing to fear, and that the president believes the odds are against being killed by ISIS, François Hollande should lead the way by agreeing to eat a handful of gumdrops out of a bowl that includes ten unidentifiable candies coated with cyanide. That way, if François manages to survive the stray poisonous gumdrop odds, he’ll have made his point, and can then pass the bowl to Barack Obama.

After all, who cares if the president ferries ISIS onto the streets of Paris, what matters here is the larger issue, which is: “What would France be without its museums, without its terraces, its concerts, its sports competitions?”

Hollande contends that even if stupidity costs lives, “France should remain as it is…[and]…carry on with their lives.” Based on what the world witnessed last week, and as disturbing as it might be, “remaining and carrying on” might involve pregnant women being lowered out of windows to escape being shot with an AK-74 Russian Kalashnikov rifle.

Nevertheless, Hollande stressed that over the next two years, “30,000 refugees will be welcomed.” Why? Because the person whose vigorous security checks did nothing to stop ISIS’s ability to murder dozens of people believes “France has the duty to respect [a] commitment” that entails giving ISIS speedy entry onto the battlefield where they can maim, kill and destroy soft targets populated with harmless people.

Hollande did note that “some people say the tragic events of the last few days have sown doubts in their minds,” but called letting in even more wolves in sheep’s clothing a “humanitarian duty,” which Frankie Boy vows will be balanced with France’s “duty to protect [the] people” –- a minor point that, based on the body count, François Hollande has thus far failed to do.

According to Hollande, the excuse for such reckless imprudence is this: “France will remain a country of freedom.”

Bringing up the tried and true topic of values, Hollande reminded the French people that, “We have to reinforce our borders while remaining true to our values.” Sorry to have to say it, but the French president bringing up values sounds vaguely like Michelle Obama who, while doing the Conga three days after the French terrorist attack, also talked about “values.”

Gloria Estefan conga lines aside, is that how it works? Socialists like Obama and Hollande value leveling the playing field and fostering freedom even if the cost of those values includes murder, a dose of mayhem, and ongoing butchery.

Taking into consideration those and other sorts of attempts to use “values” to bludgeon humanitarians into submitting to the brutality of the inhumane, let’s not forget that revolution plays a prominent role in France’s history. That’s why, rather than allow themselves to be victimized, the French must once again call upon a national sense of brotherhood where “common people” stand together against a monarchial government to forcibly wrest from the fist of insanity the “Liberté, égalité, fraternité” many fought and died to preserve.

In the interim, America should take notes!