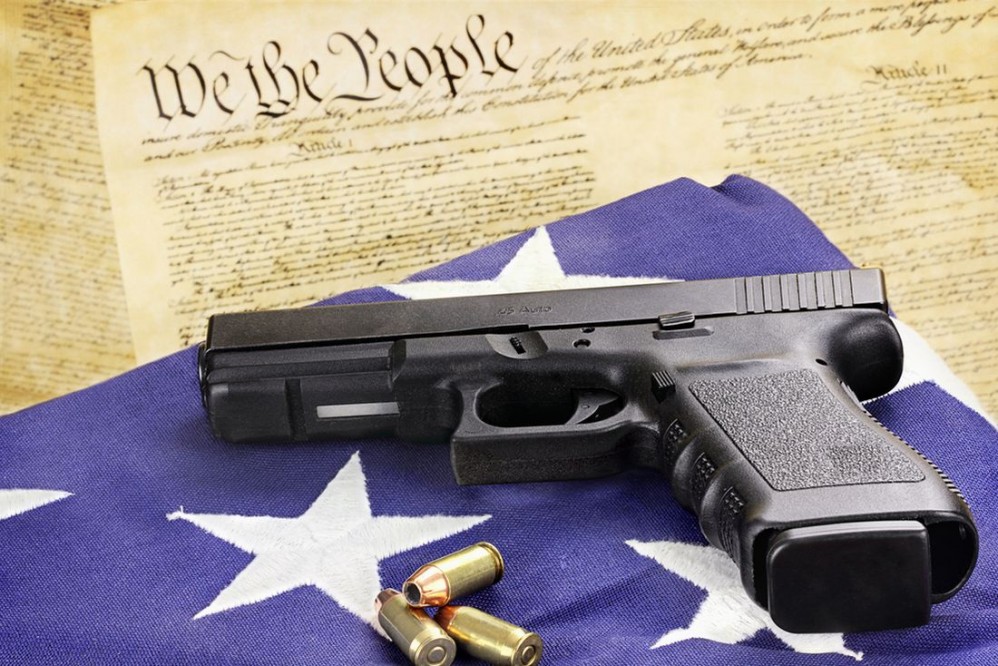 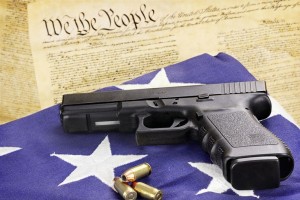 Recently, Bernie Sanders blamed Donald Trump for his #FeelTheBern/”Free College but no Free Speech” crew acting up at Trump rallies.  That sort of lack of accountability is par for the course, because liberals, who never take the time to evaluate themselves, usually expend tons of energy pointing the finger of accusation at those less guilty.

A perfect example of that practice involves a Democrat in Congress who wants to overturn the Protection of Lawful Commerce in Arms Act, a bill the 109th Congress passed in 2005 that was instituted to protect the gun industry from frivolous lawsuits.

In hopes of reversing gun industry protections, Congressman Adam Schiff (D-Calif.) proposed H.R. 4399, the Equal Access to Justice for Victims of Gun Violence Act.  To build support on Capitol Hill for the legislation, Schiffteamed up with Connecticut Democrat Senator Richard Blumenthal, who proposed repealing the 2005 bill.

The bottom line is that, besides demonizing the gun industry, liberals want to make firearm manufacturers, sellers, and trade associations answerable to anyone and everyone considered a victim of gun-related violence.

Schiff, who supports immunity for illegals, argues that the Protection of Lawful Commerce in Arms Act is unfair because, when it was approved,  “Congress passed a unique form of immunity for only one industry – and that is the gun industry.”

Schiff rationalizes that line of thinking in the following way:

“Why should it be any different for gun manufacturers?” he asked.

But logic has little impact on liberals, who believe that both gun manufacturers and dealers should be prosecuted if a weapon they made or sold causes someone harm.  Why not hold liable the manufacturer of the belt Robin Williams used to hang himself?

According to Schiff, H.R. 4399 is needed because it targets gun dealers who sell firearms to “straw purchasers,” the middlemen who mediate between dealers and criminals.  Sharing his “who needs that many” liberal philosophy, Schiff explains, “There are straw purchasers who will buy dozens of the same gun. It’s quite clear they’re not buying those guns for personal use. Who needs that many of the same gun?”

“If [gun manufacturers and dealers] are no longer immune,” Schiff added, “they’ll be more careful who they sell to.”

Wow!  If  “straw purchases” are the concern, is Schiff also planning to pursue litigation against Eric Holder and Barack Obama, the kingpins of the “Fast and Furious” gun-walking scheme?  Will the Obama administration finally answerfor the hundreds of deaths, including that of Border Patrol agent Brian Terry and ICE agent Jaime Zapata, both killed with guns the president put into the hands of Mexican cartels?

This brings the discussion back around to liberals refusing to recognize how the reasoning they use to justify what they oppose is much more suitable if applied to things they support.

For example, to justify a weak argument, Schiff cited car manufacturers being liable for faulty airbags but didn’t mention the countless numbers of dead Americans who, besides being murdered, or infected with a third-world disease, have died in car crashes where illegal immigrants have been driving under the influence of alcohol or driving illegally.

In response to a congressional inquiry, Jessica M. Vaughan, the director of policy studies at the Center for Immigration Studies (CIS), recently submitted the following findings:

The criminal aliens released by ICE [since 2010] – who had already been convicted of thousands of crimes — are responsible for a significant crime spree in American communities, including 124 new homicides. Inexplicably, ICE is choosing to release some criminal aliens multiple times.

In their own defense, ICE claim that 75% of those illegal criminals were released because of a court order, or because their country of origin refused to accept them back.

So in other words, while the left was busy trying to rout the Second Amendment, illegal immigrant criminals, released from jail with the approval of the Obama administration, have been killing and injuring innocent people.

The same politicians who aim and shoot irresponsible policy right through the heart of America have largely ignored the topic of  the five times deportedillegal felon who killed 32-year-old Kate Steinle in the liberal-approved sanctuary city of San Francisco.

Politicians like Schiff; Blumenthal; and, first and foremost, Barack Obama like to do battle over gun rights, but then, when an undocumented loose cannon like Juan Francisco Lopez-Sanchez murders an American with a stolen gun in broad daylight, they barely notice.

If Democrats want to punish the gun industry for making or selling a gun that causes injury or death, those same lawmakers should also be willing to accept responsibility when an undocumented immigrant they wanted set free takes a life.

That’s why zero weight should be given to Adam Schiff’s hypocritical bill. In its place, as recompense for each and every life destroyed by an illegal immigrant, Americans should demand a law that holds lax open-border politicians personally accountable.