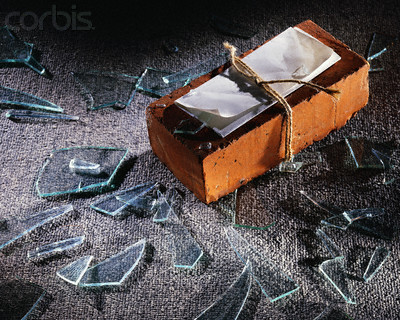 The same Saul Alinsky-style community organizing methods that served Barack Obama well on the Southside of Chicago became indispensable tools in his quest to “fundamentally transform” the whole world from “what it is” into “the world as it should be.”

It was Barack Obama’s friend and former chief campaign strategist, David Axelrod, who confessed to NPR that community organizers in Chicago would throw bricks through the window of Democrat campaign headquarters and call a press conference to blame the opposition.  So when Obama accused Donald Trump and Vladimir Putin of colluding to steal an election, the brick that landed on the accuser’s toe was one he planted there himself.

Let’s not forget that although the International Court of Justice deems interfering in a foreign election a violation of international law, and notwithstanding the fact that U.S. regulations ban the use of tax dollars to sway foreign elections, it was brick-throwing Barack, not Donald Trump, who repeatedly defied the law on behalf of a larger global agenda.

Obama delivered the $1 million he had raised for the Luo tribesman’s bid for the presidency and showed up at rallies with Odinga, where he criticized Kibaki and preached “hope and change.”

After Obama’s alleged distant cousin lost by more than 200,000 votes, Kibaki appointed Odinga prime minister in a power-sharing deal, but not before Alinsky-style chaos broke out in the streets.  When it was over, the new prime minister’s sharia-supporters had killed thousands of Kenyans, destroyed 800 Christian churches, and incinerated fifty Christian believers inside an Assemblies of God.

Apparently, tossing blocks of cement through his own window for all these years has caused Obama to forgot that in 2009, the late Hugo Chávez’s friend, Honduran president Manual Zelaya, decided to ignore term limits and keep his presidency open-ended.

In response, the Honduran Supreme Court decided to have Zelaya forcibly removed by the military – a decision Barack Obama referred to as a “coup d’état.”  In an attempt to both punish and persuade the Honduran people to reinstate the deposed Zelaya, a vindictive Obama made permanent the suspension he imposed on non-humanitarian aid.

Obama’s large-scale efforts have not been limited to aiding and abetting Luo tribesmen from Africa and leftist dictators from the Americas.

In February of 2011, Obama decided to oust Moammar Gaddafi from power by instructing the State Department, headed by Hillary Clinton, to interfere in Libya’s political and military affairs.  President Obama spent a billion dollars to fund the operation, which included the U.S. military joining jihadi rebel groups to topple and ultimately kill the Libyan leader.

As a result, Barack managed to community organize a nation and “fundamentally transform” Libya from a moderate Islamic regime, that was no longer a threat to America, into a safe haven for ISIS and al-Qaeda.

Egypt saw transformational community organizing at its best.   Obama spent $200 million dollars supporting Mohammed Morsi, Islamist opponent of  the largely secular/pro-American President Hosni Mubarak.  By channeling money through the trusty Hillary Clinton-led State Department and with the help of cover organizations, Obama was able to boost to victory the Islamist Muslim Brotherhood’s Freedom and Justice Party, whose leadership advocated implementing Sharia Law.  Obama’s community organizing skills were so well honed he was able to transform the Muslim Brotherhood into the Islamist wing of ACORN.

But Obama’s success was short-lived. A year after Morsi won the rigged election a military coup ensued, the president was ousted, and a pro-American Muslim-moderate named Abdel Fattah al-Sisi replaced the toppled leader.

From there, President BO moved his world as it should be operation further east to deliver a sucker punch in a dispute over Israel’s refusal to acquiesce to the community organizer’s demands concerning the Palestinian state.

Not once, but twice, in 2009, and again in 2015, the Alinsky acolyte sharpened his election-meddling skills, enlisted the US State Department, and deposited thousands of dollars into the coffers of Bibi Netanyahu opposition groups. In hopes of blocking Netanyahu from being reelected Obama even dispatched to Tel Aviv his grassroots National Field Director from two successful presidential campaigns, Jeremy ‘Anyone But Bibi’ Bird, who joined forces with like-minded Israeli activists.

Undeterred by failing to keep his nemesis from becoming Prime Minister, just prior to the 2016 Brexit referendum, America’s erstwhile egomaniac moseyed on over to Britain to issue “back of the queue” threats to Brits contemplating the benefits of exiting the European Union.

Although Obama’s efforts failed more than they succeeded, the late Saul Alinsky would still be proud.

Then, in 2017, during the French presidential election, on behalf of Macron, Obama resurrected his 2009 inauguration speech that appealed to “people’s hopes and not their fears.” Philip Gordon, Obama’s assistant secretary of state for Europe, said in an interview with The Guardian, that Emmanuel Macron “represents everything [Obama] is for and Le Pen everything he is against.”

Barack Obama’s illegal use of government money and resources for nefarious purposes inspired a group of Republican senators to petition Secretary of State Rex Tillerson, to investigate the former president’s habit of siphoning and redirecting tax money to leftist “extreme and sometimes violent political activists” that are oftentimes tied to liberal billionaire George Soros.

According to a March 2017 article in the Washington Free Beacon, the six Republican Senators wrote Tillerson a letter citing personal conversations with foreign diplomats who disclosed incidents of political interference by the Obama State Department.  Allegations included Obama’s “use of taxpayer funds to support leftist causes in countries like Macedonia, Albania, Latin America, and Africa.”

Stateside, Obama now is assisting the effort to destabilize the current president. That’s why, based on the former president’s history of illegally influencing foreign elections, it does not seem implausible that it was Barack Obama who recruited the FBI, the DOJ, and the US State Department to perform their own versions of the ACORN, Organizing for Action (OFA), and the New Black Panthers dance. At the end of the day, the former president has  track record of applying Alinsky-tactics to promote sociopolitical change, which may be why Putin and Trump were blamed for throwing bricks through windows that, under closer scrutiny, appear to be covered with Barack Obama’s fingerprints.