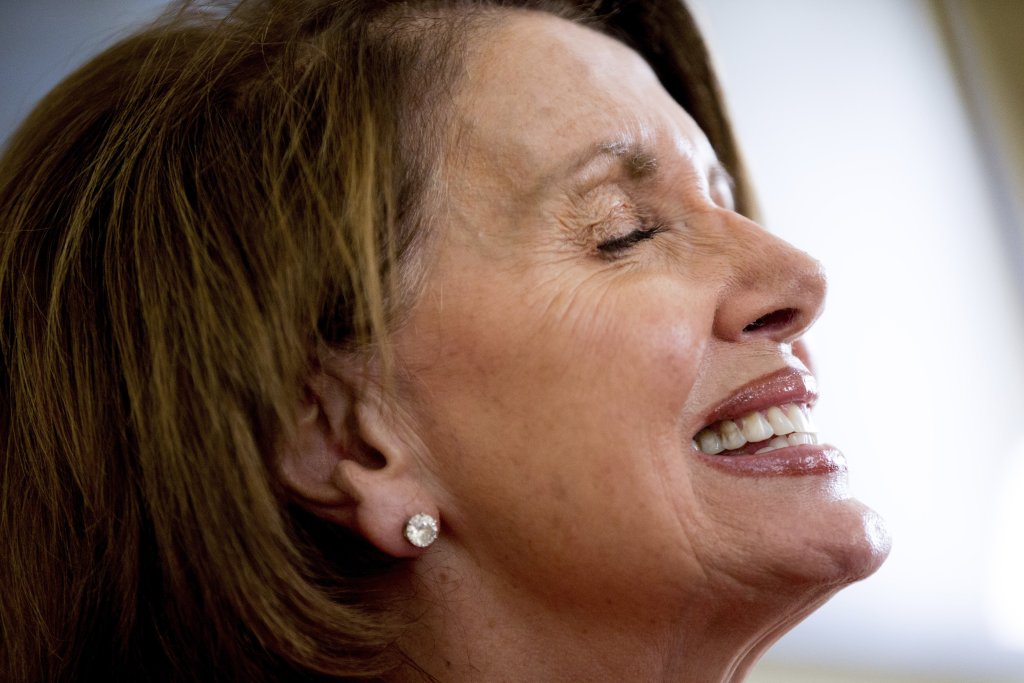 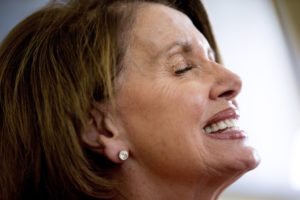 In 2015, while attempting to promote same-sex marriage, Nancy Pelosi told MSNBC’s Thomas Roberts that bringing her grandchildren to a Gay and Lesbian Victory Fund award ceremony was necessary because “it’s really important [for them] to see what the practice of our faith is.” Talk about a stretch.

In that interview, Pelosi went so far as to say her grandchildren were exposed to same-sex marriage “their whole life…because they [attend] Catholic school” and implied that the Baltimore Catechism teaching respect for all people is verification that Catholicism supports gay marriage.

Despite Pope Francis saying, “Marriage can only be between a man and a woman,” Nancy’s obedience to ecclesiastical authority seems solely determined on whether or not canonical law agrees with her liberal ideology.

For example, in addition to marriage equity for gays and lesbians, Pelosi also advocates for abortion on demand. Yet, like most liberals, Nancy fails to recognize the moral dilemma of telling an MSNBC host that same-sex marriage “is consistent with the dignity and worth [Catholics] attribute to every person.”

In a March of 2017 speech delivered to the pro-Israel lobby, AIPAC House Minority Leader Pelosi did it again. This time her grandchildren morphed from Catholics into Jews. While steadying herself on the podium, Nancy referred to Palestine as “Palenstine” and said, “The modern state of Israel…is the dream of millennials” instead of “millennia.” Then, in attempt to demonstrate familiarity with her Jewish audience, and sounding like she was talking about money not family, Nancy announced she had Jewish grandchildren when she said, “I think I have the most of anyone in Congress, I’m not quite sure, but they’re adorable…Let’s hear it for my grandchildren.”

No one is entirely sure whether the AIPAC grandchildren are from the same faction as those who learned the positive aspects of abortion and gay rights from the Catholic Church.

Either way, Pelosi touted Catholic grandchildren who are same-sex marriage advocates and a gaggle of “adorable” Jewish grandchildren who may or may not be millennials who have embraced “… two states for two peoples” for millennia, because she’s an opportunist and doing so is politically expedient.

Nancy Pelosi’s remarks were almost as uncomfortable as when “Yankee fan” Hillary Clinton attempted to relate to New York voters by claiming her daughter Chelsea was jogging right near the World Trade Center on 9-11. In fact, Pelosi implying her grandchildren are Catholic LBGT advocates and Jewish agents of peace in the Middle East and citing being the mother of five and grandmother to nine while refusing to answer a question about aborting a baby with a beating heart was not only awkward – it was shameless.

But then again, Nancy is a 77-year-old nana who stood for 9-hours in 4-inch heels droning on and on about DACA recipients. In fact, the old lady’s sore feet may be why she decided to wrap up the DREAMer marathon with a tall tale about a grandson who yearns to be a Guatemalan.

First, the grandmother of the Hispanic wannabe shared a touching story about a “dark-skinned…undocumented” girl who felt she didn’t fit in with her American friends, not because her presence was unlawful, but because her skin was brown.

Nancy should have stopped there, but instead, she added that the undocumented girl reminded her of her grandson. Things got quiet because after sitting at grandma’s knee for so many years the lad could have said he wished he was an “undocumented girl”, or that he wanted to join Hezbollah, or that he was sorry he missed the opportunity to be aborted – instead mini-Pelosi announced he suffers from Hispanic-envy.

Unable to keep nationalities, religions and “whatever” straight, Pelosi shared: “He’s Irish, English, whatever, whatever, and Italian.” Then she said, “And when he had his sixth birthday, he had a very close friend whose name is Antonio, he’s from Guatemala, and he has beautiful tan skin and beautiful brown eyes and the rest.”

What’s “the rest”? He’s a short Mexican, wears colorful mismatched clothes and secretly has no problem with human sacrifice?

“This was such a proud day for me,” Pelosi went on, “because when my grandson blew out the candles on his cake, they said, ‘did you make a wish’? And he said, ‘I wish I had brown skin and brown eyes like Antonio’.”

Pelosi concluded her Guatemalan grandson illustration by saying, “So beautiful, so beautiful. The beauty is in the mix — the face of the future for our country is all American and that has many versions” – which is sort of the way Nancy approaches Catholicism.

Anyway, when all is said and done, if prior to the day he was born, Nancy’s unborn grandson “wished” to be born a full term baby instead of a brown-skinned Hispanic, but was aborted instead, Grandma Mimi would have probably shared that story too.