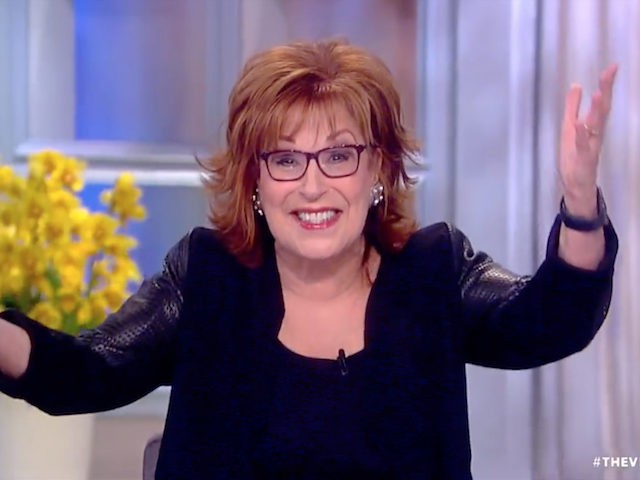 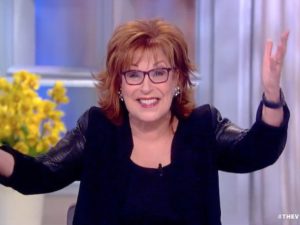 It’s beginning to be glaringly apparent that those on the left cannot recognize the absurd double standard that exists in almost everything they say.  On one day, a specific kind of logic applies to one scenario.  Then, the next day, those same people mock the logic that was offered as gospel the day before.

Take for instance the liberal notion that stricter gun laws prevent mass shootings.  If that’s true, then why do the same individuals who demand restrictions on gun ownership also claim that if access to abortion is limited, women looking to terminate a pregnancy will find a way to kill babies in back alleys?

Liberals refute themselves when discussing people, too.  Those on the left will vilify a political figure they disagree with for behavior that one month prior they celebrated in one of their own.

A recent example of this kind of hypocrisy took place on The View, when one of the president’s most vocal critics decided that Mike Pence is “mentally ill.”  It happened during a “hot topics” segment, when a tape of disgruntled ex-Trump White House staffer and former Apprentice star Omarosa Manigault Newman aired dirty laundry in the company of her Celebrity Big Brother competitors.

A supposed lover of Jesus, Omarosa counseled the group:

As bad as you think Trump is, you would be worried about Pence.  Everyone that is wishing for impeachment might want to reconsider their life.  I am Christian, I love Jesus, but [Pence] thinks Jesus tells him to say things.

In the clip, Ms. Newman referred to Pence as “extreme,” which, ironically, is the kind of disciple Scripture demands.

Nevertheless, upon hearing Omarosa’s critical remarks, The View crew, who regularly pan Trump, responded to Omarosa’s fodder like a pack of salivating wolves.

Co-host and self-described “faithful … Catholic” Sunny Hostin expressed negative feelings about Pence because, Hostin said, when the vice president was governor of Indiana, he was a “hated figure” who tended to put a “religious veneer” on things.  No one knows whether Mr. Pence ever claimed to speak in tongues, but that didn’t stop Hostin from pontificating, “I don’t know that I want my vice president, you know, speaking in tongues and having Jesus speak to him.”

Although Hillary Clinton regularly “communed” with Eleanor Roosevelt, the female panel agreed that having a leader who thinks he hears Jesus’s voice is a problem.  Apparently, that consensus didn’t go far enough; Joy Behar had to take things a step farther when she offered up a psychiatric diagnosis based on Pence hearing Jesus’s voice, which Behar said is synonymous with “mental illness.”

The View co-host told the other ladies, “It’s one thing to talk to Jesus.  It’s another thing when Jesus talks to you.  That’s called mental illness if I’m not correct, hearing voices.”

Behar couldn’t leave it at that.  Instead, she continued by making a sarcastic reference to the wisdom Pence exercises concerning male-female relationships in the age of #MeToo.  Joy, who was photographed once grabbing the late Robin Williams’s crotch, continued by asking, “My question is, can he talk to Mary Magdalene without his wife in the room?”

Joy Behar’s remark was not only discriminatory, but perplexing, especially coming from a Muslim apologist.

Why?  Because in November of 2017, after writing the book The Great Gasbag: An A-to-Z Guide to Surviving Trump World, while appearing on MSNBC’s Morning Joe, Behar said she penned the survival guide “Because [she was] being told by God to save this country.”

In other words, just three months before calling Mike Pence “mentally ill,” Joy Behar admitted that God spoke to her and that she wrote a book in response to conversation she had with the Almighty.  Behar might not have realized it, but by calling Pence “mentally ill,” she tacitly admitted that her book about the “Great Gasbag” was inspired by a questionable psychological state.

Then again, let’s remember that based on the political expediency of what is said, liberals do tend to vacillate between condemnation and adoration.  Leftist shills like Joy Behar practice political pragmatism at its finest.

Nevertheless, by labeling Pence psychologically unfit, Behar may have talked herself into apolitical corner, especially if The View airs the clip of Oprah’s 60 Minutes Overtime interview on CBS’s This Morning.

In that conversation, Oprah, a woman Joy Behar feels is capable of beating the “Great Gasbag,” is asked by CBS senior producer Ann Silvio if the rumors of a presidential bid are true.  During the sit-down, Oprah revealed that after the Cecil B. de Mille Award speech she gave at the 75th Annual Golden Globe Awards, “wealthy men began calling to tell her to run and that they’d raise $1-billion to help her campaign.”

Winfrey told the curious correspondent, “I think that when you have that many people whose opinions you value coming at you, it’s worthy of thinking about.”

Then the billionaire mogul uttered something Joy Behar needs to think about before reaffirming her desire to have the Big O “run the world.”  Oprah clarified that despite all the offers from affluent men, “[she’s] never looked outside for other people to tell [her] when [she] should be making a move.”

Unsure whether a run for the White House is the direction she should take, Winfrey matter-of-factly asked Silvio, “If God actually wanted me to run, wouldn’t God kind of tell me?”  Then the former talk show host announced, “And I haven’t heard that.”

Not to burst the “Oprah-4-President” bubble, but based on Joy’s assessment of Pence, doesn’t the great black hope for foolproof victory over Donald Trump measure up to Behar’s “mentally ill” yardstick?

With that in mind, Jesus is probably still whispering political directives into the View co-host’s ear.  The dutiful follower that she is, Joy obeys, and “saves this country,” by continuing to embody the liberal mindset, whose inconsistent statements ensure that the “Great Gasbag” and his “mentally ill” vice president will run America for another seven years.