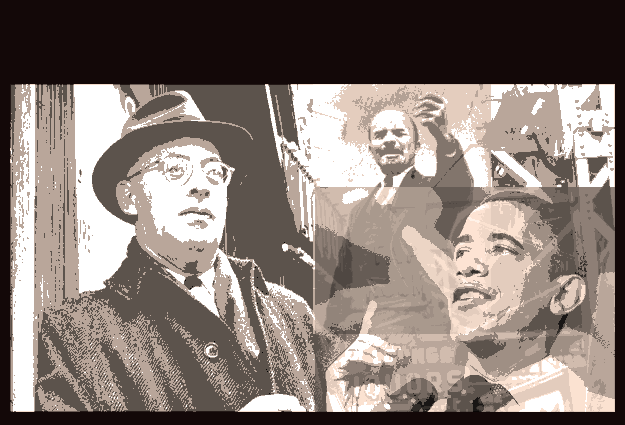 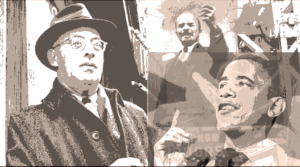 Barack Obama has invested too many years and come too close to seeing the “world as it is” change into “the world as it should be” to give up now.  Just because the former president no longer rests his feet on the Resolute Desk in the Oval Office and moved headquarters from Pennsylvania Avenue two miles away to the tony Washington, D.C. neighborhood of Kalorama, that doesn’t mean he’s stopped “fundamentally transforming the United States of America.”

Case in point: the opportunity that has presented itself to the left since the tragic events that took place in Parkland, Florida.

Let’s first admit that had Barack Obama still been in office,the Parkland school shooting would have resulted in a memorial, “Together We Thrive” T-shirts, fake tears, and a stanza or two of “Amazing Grace.”  After the tears dried, the former president would have issued an accusatory reprimand to Americans still clinging to the Second Amendment and, in the company of a diverse gaggle of adorable children, signed yet another executive gun control order.

On the job, Barack Obama was so adept at maneuvering tragic shootings that he’d manage to get all that done before “Fast and Furiously” walking two thousand firearms over the border into Mexico, into the hands of drug cartels, who then handed them off to MS-13 members traveling north to America’s streets.

That’s why, amid all the talk of student marches and nonviolent town hall attendees threatening to burn alive representatives of the NRA, Barack just could no longer contain his glee.  In fact, feeling all feisty and exhilarated by the enthusiasm, the former president took a break from organizing the #MENEXT social media underground movement and cryptically spoke on behalf of snatching the guns out of the hands of bitter clingers.

Hearkening back to his time furthering Saul Alinsky’s Rules for Radicals tried-and-true philosophy, Obama resurrected words related to the Lucifer-loving socialist’s vision concerning “the whys and wherefores of life as it is lived, the world as it is, not our wished-for fantasy of the world as it should be.”

After the shooting, Obama resurfaced on Twitter and seized upon an opportunity to further the progressive agenda the only way he knows how, which is to community-organize the youth.  Barack Obama had this to say about the chaos surrounding the gun debate in America: 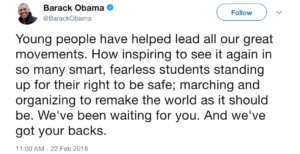 That’s right: the victims were barely buried when the former president reappeared and quoted words that appear in speeches Obama has given as he’s attempted to community-organize the planet into Saul Alinsky’s “world as it should be.”

Barack is not alone.  Michelle debuted on the world stage using the “world as it should be” language in her speech at the 2008 DNC Convention.  Over the years, the former first lady continued using similar references, especially during college commencement speeches.

Bill Ayers, Obama’s “Weather Underground Chicago flag-stomping buddy, quoted Alinsky in a debate with Dinesh D’Souza at Dartmouth in 2014.  During the discussion, Ayers pontificated that we are “standing right next to the world as such, a world that could be or a world that should be and committing ourselves to work toward that better world.”

And so, after being out of office for more than a year, Obama has reared his activist head to goad the youth to “get in faces” and push for a change to a document Obama once admitted he felt was a “charter” that bestows “negative liberties.”  After all, having sown into the gullible, via liberal education, who better than Barack Obama to cash in on that investment by convincing dumbed down youngsters, scared of being shot, that they alone “have helped lead our great movements”?

Apparently, Obama chose to speak out now because, according to his tweet, he’s “inspired.”

The former president wrote, “How inspiring to see it again in so many smart, fearless students standing up for their right to be safe.”  Sorry, but sentiments like that are a bit disingenuous coming from a politician who denied the “right to be safe” to 8 million babies aborted during the eight years he was in office.

After patronizing “smart, fearless” students who read off scripts at a CNN town hall, bombastic Barack exposed his Alinsky roots when he applauded “marching and organizing [to] … remake the world as it should be.”  This means the world the way Saul Alinsky saw it, the way Barack Obama sees it, and the way the progressive gun-grabbing, Second Amendment-hating left sees it.

The Hopi elder-quoting agitator, who was referring to himself when he said, “We are the one’s we’ve been waiting for,” proceeded to stroke the egos of adolescent activists, tweeting, “We’ve been waiting for you.”  Then he wrote, “And we’ve got your backs,” which are the words Michelle used during the 2012 DNC convention and what she told Jason Collins when she congratulated him for being the first openly gay NBA player on Twitter.

And so, from the bunker where he plots his next move, Barack Obama must recognize the advantages of using social media to convey directives to those he hopes will continue “fundamentally transforming” the “world as it is” into the world his mentor Saul Alinsky felt it should be.