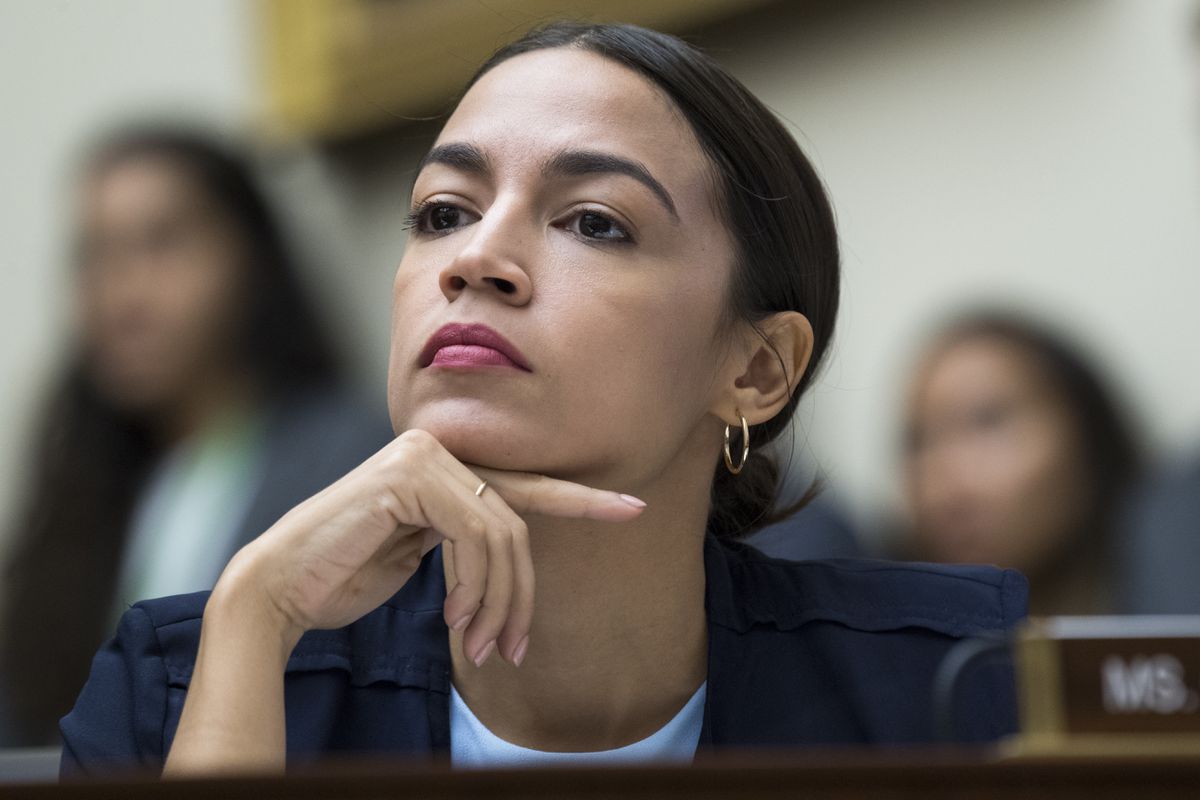 Published at American Thinker on December 27, 2018 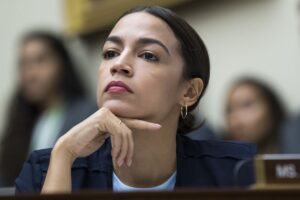 To advance policy and to ensure the future of the Democrat Party, liberals love to don the religiosity cap and quote Scripture.  Although Barack Obama was famous for it, to protect the easily offended sensibilities of non-Christians, before a speaking engagement, the former president once requested crucifixes be draped at Georgetown University.

During his secular presidency, inclusive Obama banned the Nativity from the East Room at Christmas and sided with Muslims at a prayer breakfast.  But then, when politically expedient, the most pro-abortion president to ever call Bible-believing Christians ‘bitter clingers,’ repeatedly attempted, although poorly, to cite Scripture to justify things like gun control, same-sex marriage, and illegal immigration.

Now accepting the Bible cudgel from Barack Obama’s sin-soaked hand is newbie Democrat Socialist, U.S. representative-elect for New York’s 14th congressional district in the Bronx, the most uninformed know-it-all ever scheduled to grace the halls of Congress, Alexandria Ocasio-Cortez, aka AOC.

Following in the footsteps left by Elizabeth Warren’s moccasins, this past Hanukah, Alexandria announced her Jewish ancestry while speaking to a Jewish group.  Weeks later, for Christmas, AOC got in touch with her Catholic roots when she compared Mary, Joseph, and baby Jesus, asleep in a manger, to the hordes of unrestrained refugees illegally forcing their way across America’s southern border.

The Gospel of Luke, Chapter 2 verses 1-7 explains the manger story in the following way:

In those days a decree went out from Caesar Augustus that all the world should be registered. This was the first registration when Quirinius was governor of Syria. And all went to be registered, each to his own town.   And Joseph also went up from Galilee, from the town of Nazareth, to Judea, to the city of David, which is called Bethlehem, because he was of the house and lineage of David, to be registered with Mary, his betrothed, who was with child. And while they were there, the time came for her to give birth. And she gave birth to her firstborn son and wrapped him in swaddling cloths and laid him in a manger, because there was no place for them in the inn.

Conveniently, Ocasio-Cortez left out the part about Christ being born in Bethlehem after Joseph and Mary returned home to participate in a census. Instead, AOC chose to politicize Christmas by assigning refugee status to Jesus, which is similar to Obama, who believes babies born alive in botched abortions should be left to die without warmth, hydration, and oxygen, implying that support of progressive programs is equivalent to Cain murdering Abel and then asking God if he’s his “brother’s keeper.”

Notwithstanding her stunning lack of Biblical exactitude, to certify her Baby Jesus example after being criticized on Twitter, the Yorktown Heights native referenced an article in Jesuit Review written by James Martin; SJ titled, “Were Jesus, Mary, and Joseph refugees? Yes.”  For the record, Fr. James’s SJ should be followed by a big, fat W.

When cherry-picking for someone, anyone to support her weak argument, Alexandria selected a renowned liberal left-wing priest whose article compared Jesus’s family fleeing to Egypt to avoid Herod’s edict to slaughter male babies with refugee children escaping Central America in the arms of felonious parents.

In Matthew 2:16, Herod “gave orders to kill all the boys in Bethlehem and its vicinity who were two years old and under.” The truth is that Joseph wasn’t trying to cross a border illegally; he went to Egypt because an angel warned him to flee with his family to Bethlehem to escape Herod’s effort to exterminate the coming Messiah prophesied by the prophet Micah.

[a]ny person who is outside any country of such person’s nationality… and who is unable or unwilling to return to… that country because of persecution or a well-founded fear of persecution on account of race, religion, nationality, membership in a particular social group, or political opinion[.]

Underscore “unable or unwilling to return.”  Unlike illegal criminals who drag terrified children north as pawns to elicit entry at the border, the Bible says in Luke 2:39 that after Herod’s death, “When Joseph and Mary had done everything required by the Law of the Lord, they returned to Galilee to their own town of Nazareth” to lawfully work and raise a family.

In fairness, while campaigning, Alexandria did portray upper-middle-class Westchester County, where she grew up, as being as downtrodden as the Bronx.  Therefore, it’s understandable that despite attending Boston University, the geographically challenged college grad would be ignorant of the fact that Judea and Egypt, then known as Aegyptus, were not separate countries but fell within the Roman Empire ruled by Caesar.

Moreover, when giving those who oppose illegal immigration a Bible lesson, Alexandria also forgot to mention that Jesus’s family paid taxes to Rome, and moving from Judea to Egypt could easily be likened to an American citizen moving from one state to another.  Or, more fitting to Ocasio-Cortez’s neighborhood like MS-13 fleeing one Sanctuary state for another.

In other words, for Christmas, Alexandria quoted Scripture out of context and, in doing so, endeavored to align Christ with illegals attempting to cross the U.S. border in hopes of being supported by tax dollars rather than pay them.

And so, although Ms. Ocasio-Cortez would like to portray the Holy Family as a trio of refugees conquering nations and busting borders, the truth is that Mary, Joseph, and Jesus were merely moving within the same jurisdiction to avoid Herod, not unlawfully invading a sovereign country.

Thus, despite Ocasio-Cortez’s inaccurate tweet depicting saintly José, the Virgen María, and Niño Dios as Latino migrants trekking across the border, in all her ignorance and hypocrisy, AOC is currently the future of a political party that uses Scripture to advocate for refugees while heartily supporting a brutal Herod-like decree that denies refuge to 21,000 unborn American babies a week.