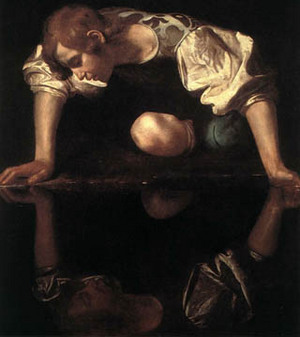 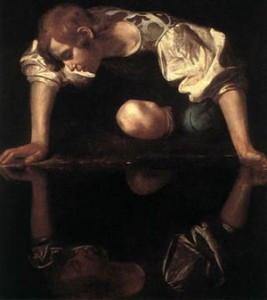 President Obama is unyielding in his “…pursuit of dominance and ambition,” comporting himself with an undeniable air of “egotistical grandiosity.” Nevertheless, the president deserves more pity than censure.  Obama possesses impressive prowess as a politician, which has garnered him self-absorbed nurturing from a nation of sycophants who refuse to recognize a tortured man, “…excessively preoccupied with issues of personal adequacy, power, and prestige.”

“Narcissists are aided, abetted and facilitated by four types of people and institutions: the adulators, the blissfully ignorant, the self-deceiving and those deceived by the narcissist.”

Classic narcissists lack compassion, are arrogant and disproportionately proud.  They present with excessive selfishness, ostentatious views of their own talent and have an insatiable craving for admiration.  Typically, the textbook narcissist over stresses personal deeds and abilities expecting credit for being superior based on accomplishments that are disproportionate to their demand for adulation.

Barack Obama shines when straddled between two Greek columns, amidst wafts of machine-generated smoke, skillfully orating to an adoring throng of 75,000.  Likewise, “the narcissistic leader prefers the sparkle and glamour of well-orchestrated illusions to the tedium and method of real accomplishments. His reign is smoke and mirrors, devoid of substance, consisting of appearances and mass delusions.” Invesco Field-like events, think Brandenburg Gate, infuse Obama with a shot of “excessive admiration, adulation, attention and affirmation,” which for the narcissist, is like crack to an addict.

The emotionally secure grasp the enormity of high profile positions like, let us say, leader of the free world. “Two years in the U.S. Senate, seven years in the Illinois Senate, one loss in a primary election for the U.S. House of Representatives, one stirring keynote address at a Democratic National Convention and two best-selling books,” elevated Obama, in his own pretentious mind, to aspire to the most powerful position in world.   This type of self-promotion is indicative of someone who, “…demands to be recognized as superior without commensurate achievement,” fitting the paradigm of “megalomaniac delusions of grandeur” run amok.

Narcissists are usually people with a thin resume, having accomplished little prior to their ascendance.  They appear to have erupted on the scene from nowhere…received as providential messiahs …unencumbered with a discernible pasts…ostensibly unburdened by prior affiliations and commitments.

The president displays classic characteristics of a cerebral narcissist, possessed with “fame, fearsome power and omnipotence,” coupled with belief in his own “unequalled brilliance.”  Obam recently lauded himself as gifted, “deriving narcissistic supply from [his] intelligence and/or academic achievements.”

The Obama stratagem managed to beguile an adoring constituency, win a major election and catapult him to the presidency.

Given a high, enough level of frustration, triggered by recurrent, endemic, and systemic failures in all spheres of policy, even the most resilient democracy develops a predilection to “strong men”, leaders whose self-confidence, sangfroid, and apparent omniscience.

Barack Obama is on a self-ordained messianic mission, attempting to mend 200 years of what he believes, are severe American “injustices.” “Narcissistic leadership often poses as a rebellion against the “old ways” – against the hegemonic culture, the upper classes, the established religions, the superpowers, the corrupt order.” Obama has pledged to level the playing field and vowed to single handily “change the world.”

The president travels the world flaunting self-righteous stances. He demonizes his predecessors and lionizes himself. “The Narcissist cannot regard humans, situations, entities, political parties, countries, races…he either idealizes his object – or devalues it.” Since January 20th, Obama has been involved in propping up his own presidency through the negative exploitation of the Bush years. Notably failing to diplomatically correct Hugo Chavez’s compliment, lauding him a “…intelligent man, compared to the previous president,” he welcomed as flattering, an uncouth remark toward an ex-president.

Barack Obama habitually and “predominantly focuses attention upon himself, to the exclusion of others,” which the DSM-IV, of the American Psychiatric Association defines as pathological narcissism.  At the Summit of the Americas, he endeavoured to endear global affection by befriending, “…special or high status people,” like brutal dictators Chavez and Ortega. In a room filled with our nation’s enemies, Obama narcissistically exempted himself while censuring America by saying, “I’m grateful that President Ortega did not blame me for things that happened when I was three months old.”

Narcissists tend to be “dogmatic, rigid and doctrinaire.” In a similar manner, Obama dampens, “free thought, pluralism, or free speech” if differing from his own.  For example, he dismissively ignored Americans vocalizing patriotic ideals and exercising First Amendment rights by attending Tea Parties.  When finally acknowledging the protesters, he did so in a derogatory fashion, referring to them as, “…folks waving tea bags around.” Obama blurts out off-the-cuff belittling statements, jolting even his sincerest devotees with the visible ire he exhibits toward political rivals. He also seems acutely ruffled by a “…certain news channel, on which he’s not very popular,” indicating palpable irritation toward their differing viewpoint.

Narcissists routinely exercise smug impatience by devaluing those they view as intimidating, because for them “every disagreement is criticism and every critical remark a…humiliating rejection – nothing short of a threat.”  Barack Obama too holds detractors in contempt and attempts to diminish their stature in order to minimize the impact of critical disagreement.  Narcissists exhibit classic cognitive dissonance acting “conspicuously, indignant, aggressive, and cold.”  Recently, while debating with colleagues Obama was “boastful and pretentious” glibly reminding subordinates that his tax policies prevail because, lest anyone forget, “He won!”

Feeling judged for treating England’s Gordon Brown in a discourteous manner, Obama symbolically flips the proverbial bird and bows acquiescently to a Saudi King.  He desires correspondence with Ahmadinejad but is hesitant about meeting Israeli Prime Minister, Netanyahu.  Obama struts around with a conceited, in-your-face megalomaniacal egotism, which is “dictator like nature.” With every retort to incongruity, he swiftly reminds his critics who is the head rooster in the coop.

Narcissists exhibit imperious elitist tendencies and a pervading sense of entitlement because they deem themselves better than anyone else.  If unscripted, Obama’s true feelings come out. He languishes in the lavish lifestyle, which includes Air Force 1 shuttling he and Michelle to Chicago for Valentine’s Day.  In times of economic pressure, the common herd does not enjoy the same luxuries he benefits from, especially peons residing anywhere other than the top floor of 1600 Pennsylvania Avenue.

Cross Obama and a disturbing side of him may surface, dishing out curt responses and mocking public corrections.  What he wants, thinks and believes is what counts.  Do not preclude his decisions or expect him to do anything he does not want to do, from producing a birth certificate, to answering unscheduled questions at press conferences.  Barack Obama anticipates, international deference, recognition and admiration, even if the reputation of our nation diminishes as a result.

Focus America!  Like all egocentric self-promoters Obama, “is charming and extroverted. But the problem is that this doesn’t necessarily make [him] a better leader.”

Copyright 2009 Jeannieology. All rights reserved. This material may not be published, broadcast, rewritten, or redistributed.