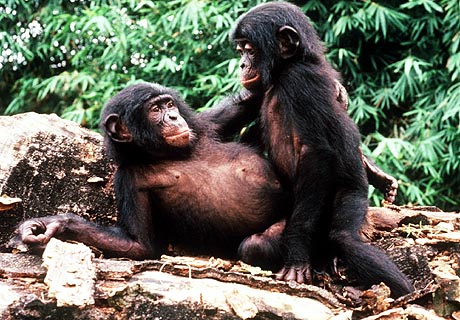 All of a sudden, the condom-on-a-cucumber crowd is “appalled” when the amoral behavior they’ve worked hard to instill for four decades is on public display on a rooftop at USC.  Seems that when a naked male student and a partially clad female decided to skip class and put in time practicing what American tax payers pay for students to learn in classes similar to ANTH 125g Social Issues in Human Sexuality and Reproduction, college officials expressed disgust.

Based on standard Human Sexuality syllabi, one would think that participating in exhibitionism “in front of hundreds of people” would earn the daring duo an “A,” not make them the subject of an inquiry. “Officials at the university were outraged as photographs of the couple – many of which were too graphic to be shown – quickly went viral.”

Why?  Because college officials like Northwestern University Psychology professor John Michael Bailey, who said “Sticks and stones may break your bones, but watching naked people on stage doing pleasurable things will never hurt you,” would rather the public remain ignorant of the type of shocking after-class activities that students voluntarily attend. Truth is, witnessing promiscuous youth frolic naked on a rooftop is certainly a lot tamer than the educational/sexually explicit demonstrations students around the country are regularly subjected to in the name of academic freedom.

The X-rated lab workshop involved a male “student at the university, and a woman cavorting in a variety of sexual positions on top of the school’s 12-storey Waite Phillips Hall in Los Angeles.”  The public shouldn’t be quick to judge. The pair could have just been Sexual Position Study Group inductees. After all hormoniacs in college classrooms all across America are sometimes asked to sign waivers to address “sensitivities” and “comfort level” issues in classes where sexual positions and exhibitionism are part of the “academic discussion about human sexuality and all that implies.”

This particular “rendezvous took place in broad daylight – and, according to reports, as a ‘philanthropy event’ attended by ‘hundreds’ of other students took place in the quad below.” Those who witnessed the show said, “Instead of enjoying each other’s company in the centre of the roof, where they arguably may not have been seen, the couple appears to have chosen to stay near the edge, ensuring they were in plain view.”

The building where the class project took place was the university’s “School of Education… the second tallest on campus,” and obviously a locale that takes ‘education’ to a completely new level.

Onlookers said the couple seemed to purposely “pick out a spot nearest the roof’s edge, in plain view of those below,” describing the “liaison as being of ‘prolonged duration.’”   The young man was identified by USC’s school newspaper, the Daily Trojan (an accoutrement unrelated to the incident), as a university student and Kappa Sigma fraternity member.  According to the publication, in the past the randy romper had “been suspended ‘for conduct unbecoming of a Kappa Sigma and a gentleman.’”

Thus far, the soles of the woman’s feet have not been identified. Prior to making an appearance over the side of the roof neither one had been seen, with or without flip-flops, anywhere around campus.

Referring to the male scholar, a fraternity spokesman said “It’s also important to note that this action was taken by one solitary member of a fraternity at USC, not the Greek community as a whole, which accomplishes great things on a daily basis at USC.” Like filling seats in female affirming class offerings such as “Women’s Spaces in History: ‘Hussies,’ ‘Harems’ and ‘Housewives?’”

To be fair, a person’s character should not be judged for expressing unabashed copulative variety. After all, colleges are full of hermaphrodites “speaking” out, transgendering students, exhibitionists, outdoor/indoor sadomasochists and the like, with each one celebrated as the unsung heroes of sexual diversity.

While attending USC, the nude man may have registered for a course or two with primatologist and Darwinian feminist Dr. Amy Parish, the biological anthropologist who’s an expert in human sexuality and bonobo sexual interaction.  Dr. Parish has based her life’s work around the bonobos who, together with chimpanzees, the researcher considers the closest living relative of the human species.

In the classroom, Dr. Parish “uses the evolutionary approach to shed light on the origins of human behavior,” which means that if humans act like sex-crazed bonobos it should be acceptable, especially in and around the academy.  So if USC students couple in broad daylight and swing from rooftops exercising mating habits similar to the “easily aroused” bonobo, whose social life is “non-distinguishable from sexual behavior,” it should come as no surprise.

Dr. Parish’s USC bio says that her goal is to help “students to internalize learning enough to pursue it in the future in their own ways,” which may have been what was going on atop Waite Phillips Hall – students “pursuing ‘it’ in their own ways.”

The good doctor also says her lectures encourage “active learners to emerge,” a goal accomplished in full view of the philanthropy fair where love of humanity was on display and where the “institution was endowed” with generosity from above which, on a boring Saturday afternoon, certainly gave the campus a “socially useful purpose.”

Moreover, the esteemed Dr. Parish believes that students should “make sense of the world through their own eyes, experiences and values, so that they might be significantly enriched.” The USC human sexual behavior research specialist hopes her input, be it “canum” or “hominum” sex life-related, will help “to engage the student in activist pursuits that might lead to more community involvement in their post-campus lives.”

Based on the photos of the incident, no one would argue that ‘community involvement’ was exactly what was taking place for a ‘prolonged duration’ by a naked frat boy and an unidentified barefoot female in a T-shirt on a roof at USC. Although college officials were ‘appalled,’ all that really might have been taking place was a dedicated college student and someone who may have merely been an after-school tutor decided, under the watchful eye of a group of philanthropists, to initiate an afternoon extra-credit practicum where human sexuality/anthropology course content, with direct correlation to bonobo behavior, was on public display.