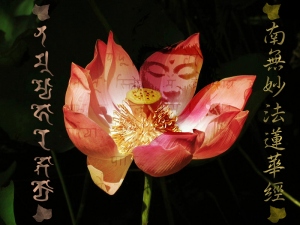 Why Richard Gere would be considered an authority on any subject besides the tango is a mystery to those who’ve had the opportunity to hear the man speak without a script. Then again, “Desperate Housewives” star Eva Longoria does intermittently “brainstorm” with the President on Border security issues.

Following his gripping testimony, Gere was approached by a reporter and asked: “Has President Obama, in your mind,” – which is where it gets tricky – “been tough enough on China regarding human rights?”

On occasion Richard has been known to criticize Obama for treating his holiness the Dalai Lama dismissively. Like for example the time the esteemed Tibetan monk was secretly escorted in the dead of winter out the back door of the White House and forced to maneuver in flip-flops around White House garbage bags.

This time, appearing flattered to be asked another question from someone seeking further insight from his vast pool of expertise, Gere, without mentioning China’s “Paramount Leader” Hu Jintao being feted like royalty at a state dinner, said “No, no, he [Obama] has a ways to go.  I think he’s finding his way of how forceful to be.”

Responding to reporter Nicholas Ballasy’s question about Obama’s handling of China, the self-appointed Tibetan expert expounded on Barry’s growth when dealing with the Chinese saying “I think he’s also finding out … you have to be very frontal.” With Weinergate and all, maybe ‘frontal’ was a poor choice of words.

Nevertheless, in addition to human rights and religion, Richard proceeded to deliver an impromptu didactic exposition on Chinese foreign policy telling Ballasy: “You have to be very clear. You have to be unconfused and you must be very strong. I think he’s getting there, but he could be stronger, yes.”

Zen master Gere, a 30-year insight meditation expert, then defended Barry’s private stance on China and said with full confidence, “I know what his own private feelings are – those are clear.” It’s no secret that Obama has been hard-hitting with the Chinese, like the time he asked Herbie Hancock to entertain at the state dinner instead of Beyoncé.

Either way, the reporter pressed on and asked Richard Gere if, despite criticisms, “Are you supportive of [Obama’s] job performance overall?” Without wavering Gere responded, “Yeah, overall, really I think he’s done an extraordinary job.  I think he’s going to go down probably as one of our great presidents.”

Ballasy requested the actor clarify his statement: “What specifically are you supportive of that he’s done?”

Richard, shadowed by a “Pretty Woman” in a hijab, answered Nicholas’ question while leaning over and appearing to tie his shoe. As he bent down, the actor’s snow-white head testified to the source of Richard Gere’s prajna.

Soft-spoken while haltingly thoughtful, Richard lauded Obama’s ability “to juggle.” The tranquil star said, “Let’s think of all of the problems that he’s had in his presidency. You know natural disasters, or international issues, domestic. He has found a way to change and flow to learn from every situation.”

Having had a rare opportunity to tap into a wellspring of liberal wisdom, Ballasy missed a perfect opportunity to find out when Barack learned to juggle and how exactly a person ‘changes and flows to learn.’

According to Richard Gere, Obama is a man who “puts himself out there personally constantly. He’s a good listener” and “He engages on a personal level almost every day” – a portrayal that sounds like Barack would make a perfect contestant on the “The Bachelor.”

From the sound of things, the Dalai Lama mentee must have been living the monastic life in Tibet, because the star of “Chicago” seems to believe that since Obama took office, “We’re coming out of this terrible economic crisis, [and] turning the corner on” what Gere oddly described as “terrorist situations.”

Richard Tiffany Gere’s short soliloquy on Barack’s life journey ended with a comment that even the Dalai Lama, who called for “democracy to flower” in China, would have trouble deciphering.  With the Buddhist lotus blossom inspiring another poetic analogy, in all seriousness, Gere said, “I think [Barack’s] engagement with the Chinese is starting to flower now. The strength within him is starting to emerge. I think he’s doing a terrific job.”

The actor was so caught up in showering Obama with undeserved flattery, he forgot a fundamental Buddhist principle: Don’t believe anything without thinking first. Based on the Tibetan activist’s rambling comments about the President’s blossoming job performance, the “Final Analysis” is that thinking may be the one remaining tenet of the Noble Eightfold Path that Richard Gere has yet to master.