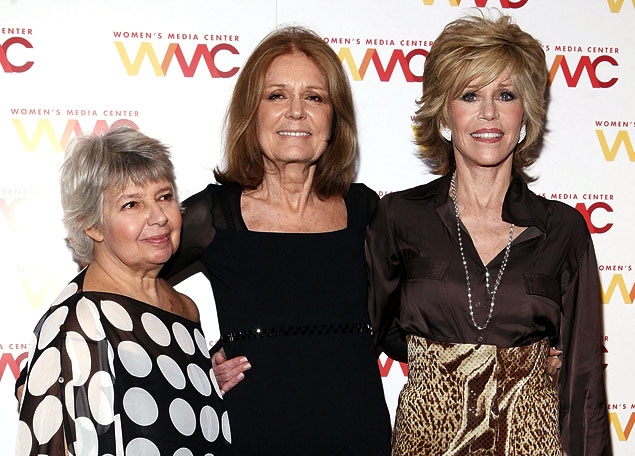 Radical feminist Gloria Steinhem once said, “Any woman who chooses to behave like a full human being should be warned that the armies of the status quo will treat her as something of a dirty joke. That’s their natural and first weapon. She will need her sisterhood.”

Gloria’s words are coming to pass. Presently, the sisterhood is doing battle with Rush Limbaugh, the conservative leader of the army of “the status quo.”  The reason?  Limbaugh dared call “full human being” Sandra Fluke a “slut” and a “prostitute” after the brazen Georgetown University law school student sat before a contrived dog-and-pony show disguised as a Congressional panel and declared that a Catholic university should provide insurance to cover her three-year birth control bill of $3,000.

In response to Limbaugh’s comments, posses of angry females are now frothing with anticipation, demanding Rush Limbaugh be legally prosecuted and “silenced by the FCC.” Women whom Rush has jokingly called “Femi-Nazis” want the radio talk show host’s head on a spike. With Sandra Fluke as their patron saint, shrill feminists are determined to make a public spectacle of Limbaugh for the sin of exposing how Democrat-controlled estrogen has manipulated the gender discussion for years.

The ladies’ goal is to prosecute Limbaugh on behalf of offended women everywhere, and, if possible, silencing his voice by way of a media lynching.

So far, we’ve heard from the woman who does turtlenecks proud — feminist lawyer Gloria Allred who dug deep into the annals of puritanical 19th century Florida law. Ms. Allred managed to unearth an 1883 statute that makes it a crime to question a woman’s decency.

Prosecutable pro-choice feminists should take heed before going Victorian on us, because in the mid-1800s abortion was illegal.

Nevertheless, the law Allred dusted off says that “Whoever speaks of and concerning any woman, married or unmarried, falsely and maliciously imputing to her a want of chastity, shall be guilty of a misdemeanor of the first degree.”

That’s a stretch, because although he lacked decorum when describing Ms. Fluke, Rush merely acknowledged, albeit more coarsely, what the law student had already admitted. Truth be damned, publicity whore Gloria Allred rushed to Fluke’s defense, saying “[Rush] has personally targeted her and vilified her, and he should have to bear the consequences of his extremely outrageous, tasteless and damaging conduct.”

Joining Gloria’s ranks are other prominent feminist types.  The newest recruits include the founders of the Women’s Media Center; Hanoi Jane Fonda, the woman who made a North Korean rice pot a fashion statement; women’s liberation movement icon and aficionado of aviator glasses, abortion and animal rights, Gloria Steinem; and militant “man-hating” poet, Ms. Magazine editor, Robin Morgan, the cofounder of globalsister.org and author of “Fighting Words: A Toolkit for Fighting the Religious Right.”

The Women’s Media Center prides itself on being “an organization that works to amplify the voices of women in the media through advocacy, media and leadership training, and the creation of original content.”  That credo holds true only as long as the voice isn’t conservative and the “creation of original content” doesn’t include anything liberal women might disagree with. Which explains why, despite Limbaugh already apologizing for his comments – not once, but twice -Jane, Robin and the two Glorias are still out for blood.

Thus far, the only thing Gloria Steinem has ever apologized for was to Canada for American conservative radio talk show host Dr. Laura Schlessinger’s stance against homosexuality. Robin Morgan did apologize for two things: being white and having a passport, both marks of “insufferable privilege.”

Jane Fonda embraced the North Vietnamese, straddled an enemy anti-aircraft cannon and shot her big mouth off, making radio broadcasts urging the US military to cease bombing North Vietnam.  Sixteen years later, the rabid abortion advocate went on ABC’s 20-20 and apologized to Vietnam veterans and their families, saying, “I was trying to help end the killing.” About the 1972 incident, Fonda told Barbara Walters, “[t]here were times I was thoughtless and careless about it and I’m … very sorry that I hurt [US soldiers].”

When Rush Limbaugh sought forgiveness he said, “I’m the one who had the failing on this, and for that I genuinely apologize for using those words to describe Ms. Fluke.”

Based on an article posted on the Women’s Media website entitled “Limbaugh’s Half-Hearted Apology Isn’t Enough,” it’s clear the ‘sisterhood’ rejects his admission of guilt.  Which may be why remorseful radio broadcaster Fonda, together with apologetic co-founders Steinem and Morgan, felt compelled to post an editorial on CNN.com advising listeners to pressure the FCC to “silence [the] controversial conservative.”

Apparently, the “it’s not about politics” standard applies only when a conservative transmits unforgivable “toxic hate speech” over the airwaves, but if delivered by a liberal comedian on CBS, or HBO it’s acceptable. If that weren’t true, why would Fonda and Steinem willingly appear on potty-mouthed misogynist Bill Maher’s HBO show Real Time with Bill Maher?

Issuing a “Towanda the Avenger” rallying cry, the editorial encouraged the “public to take back our broadcast resources,” saying Limbaugh has had “decades to fix his show.  Now it’s up to us.”

And so a group of women he once nicknamed the “All American First Cavalry Amazon Battalion” are presently seeking to end Rush Limbaugh’s radio career. The only difference is, rather than being comprised of hormonal females with synchronized menstrual cycles, these are angry post-menopausal pro-choice feminists. Women who’ve have spent the last 20 years anticipating a day when they could subject Rush Limbaugh to a media-administered late-term abortion.