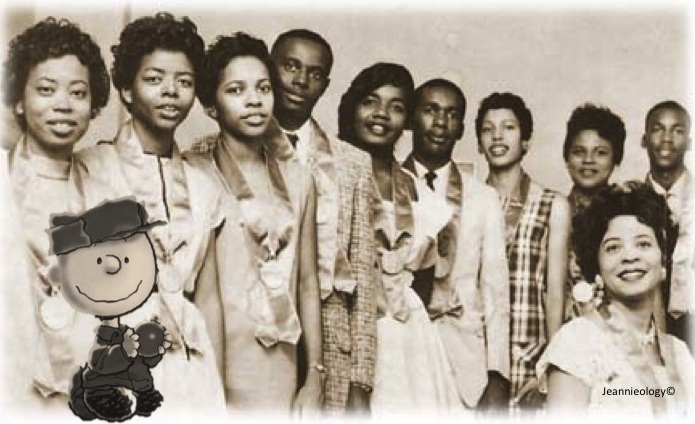 In 1957, outside Central High in Little Rock, Arkansas, a white mob, together with the National Guard ordered there by Governor Orval Faubus, attempted to block nine black students from entering school.  A federal court injunction ordered police to escort the African-American students, known as the Little Rock Nine, into the high school.  In response to a letter from the Reverend Martin Luther King, Jr., President Eisenhower instructed the Arkansas National Guard and federal troops to protect the students for the remainder of the school year.

Subsequently, Ernest Green became the first African-American to graduate from Central High School.  In protest, Governor Faubus decided to stop integration by closing all four of Little Rock’s public high schools.  In 1959 the Supreme Court ordered the schools to reopen and proceed with desegregation.  The rest is history.

Now, 55 years later, Little Rock is involved in another school-related controversy.  This time it’s over religious freedom, the “war on Christmas,” and an absurd interpretation of state-established religion by God-hating control freaks.

Reminiscent of the patron saint of activist atheists, Michael Newdow, Arkansans have been blessed by the Arkansas Society of Free Thinkers, an organization of secularists whose motto is: “Are you good without a god?  Hey, so are we!”  With those words as inspiration, Thinkers volunteer to “promote public acceptance of nonbelievers” and are committed to “defend science education and the separation of church and state.”

Now, in place of the NAACP and Thurgood Marshall doing the good work of protecting the rights of black students, a half-century later, the Arkansas Society of Free Thinkers are crusading on behalf of schoolchildren.  This Christmas, “free thinkers” are defending the parents of pupils who attend Terry Elementary School who supposedly are upset about narrow-minded teachers daring to sanction youngsters attending a presentation of “A Charlie Brown Christmas” at a nearby Christian church.  So much for free thinking.

Nevertheless, although the group approves of placing a Winter Solstice display at the Arkansas State Capitol, its mission is to deny religious believers things like the right to place a Nativity scene on the village green.  In addition to misinterpreting the true meaning of “separation of church and state,” zealous Thinkers are religious about promulgating scientific theory as if it were gospel.

Adding to the controversy surrounding “A Charlie Brown Christmas,” a spokesperson for the free-thinking society, Anne Orsi, Esq., has voluntarily stepped forward on behalf of those parents “reluctant to speak up” about wanting their children to remain outside the four walls of the church building during school hours.  Orsi claims that some parents are anxious “because they are concerned about their kids being singled out and bullied” by young people whose parents have no problem with a public event being held at a church whose name means “unconditional love” in Koine Greek.

According to Orsi, holding “A Charlie Brown Christmas” at the Agape Church translates into “sponsoring field trips to evangelical churches,” which in free-thinking circles is apparently more ominous than filling up a shuttle bus and transporting the kids to Planned Parenthood for their Christmas special.

The late Charles M. Schulz‘s “A Charlie Brown Christmas” first appeared on CBS just eight years after the Little Rock Nine marched into Central High School, and it has aired every year since.  And while Grinch Orsi concurs that “[e]veryone loves Charlie Brown,” she feels that the “religious content of the program is a problem, as is the trip to a church to see it.”

In the season of “Peace on earth and good will towards men,” what’s sorely needed right about now is a modern-day Martin Luther King, Jr., who declared in 1957 that desegregation was a “great opportunity for the longings and aspirations of millions of peoples of good will” to be realized.

Think of it this way: in the same way that Orval Faubus tried to prevent a white high school from being infiltrated by black students, Ms. Orsi’s group is simply attempting to protect vulnerable elementary-school children from being negatively influenced by a Peanuts Nativity play, talk of the commercialization of Christmas, and cartoon characters reciting fantastical, mind-bending Bible verses.

Similar to Arkansas enforcing parental notification laws, what Orsi and her band of outraged atheists conveniently failed to mention is that, in fact, parental consent was required to attend the Christmas production.  According to Pamela Smith, communications director for the Little Rock School District: “Because it will be held at a church, as some public events often are, a letter was sent home with students so parents who took exception and wished to have their children remain at school could do so.”

The problem is that for these so-called “free thinkers,” opting out just doesn’t suffice.  For them, free thinking means denying children the freedom to attend, period.  Maybe Orsi and the Free Thinkers would back off if Agape Church agreed to secularize Charlie Brown’s Christmas, hold the production at a Little Rock Health Clinic, and decorate that spindly little tree with assorted age-appropriate birth control devices.

In the end, it seems fairly clear that what’s going on in Little Rock is part of an orchestrated war on Christmas being waged by a minority whose views are every bit as distorted as those of Governor Orval Faubus.