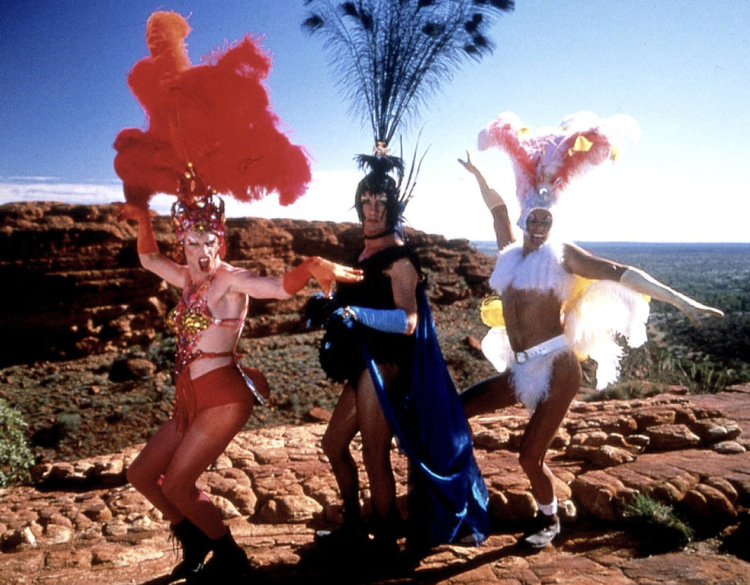 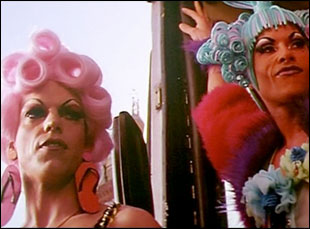 At the end of May, right before Michelle Obama will likely head off to Ireland for her pre-vacation vacation, the Democratic National Committee is holding the LGBT Leadership Council 2013 gala on Park Avenue in New York City. Bravo TV network executive, the man behind The Real Housewives, former go-go dancer, and author of the memoir Most Talkative: Stories from the Front Lines of Pop Culture, Andy Cohen, will host the fundraiser.

Not only will Andy be among a few thousand of his closest friends, he’ll also get to introduce the realest housewife of Washington DC and headliner for the event, part-time “single mom” and full-time first lady, Michelle Obama.

In order to reach out to the full spectrum of all the colors of the rainbow that will be represented at the affair, Michelle should either wrap herself in the gay pride flag or pull out a Priscilla, Queen of the Desert outfit she probably has stashed somewhere in the closet, oops … in her section of her husband’s wardrobe. At least with the boys, Michelle coming to the celebration dressed as the “Queen of Park Avenue” would be a real hit.

Many of the New York Observer’s “NYC’s Top 50 Power Gays” will likely attend. The glittering evening is bound to feature one-percenters from every corner of the LGBT community: artists, playwrights, journalists, stage and screen actors, politicians, lawyers, and famous fashion designers.

Therefore, Michelle should just forget the Priscilla outfit and wear something by “power gay” designers Michael Kors or Marc Jacobs.

But regardless of what Mrs. Obama decides to wear, make no mistake about it – this is a big-ticket event. Very few, if any, LGBT couples and singles from the 99 percent will be seated in the ballroom at 583 Park Avenue.

For $32,000 a “power gay” couple will be recognized as LGBT co-chairs; they will sit in the preferred viewing section and get to have a picture taken with Michelle Obama which, to be fair, unless she has something she’d like to share, is really a LGBTH (Lesbian, Gay, Bisexual, Transgender and Heterosexual) photo.

For $15,000 per couple, you get the same package except you’re downgraded from a co-chair to a host. For $7,500 per couple, there is no distinguished acknowledgment, just a cheesy photo with the headliner.

A silly question: if a transgender is in the process of transitioning from one gender to the other, is she/he or he/she considered a couple? That’s important, because for a measly $2,500 you get one dinner seat (Sorry – no sharing) in the preferred viewing section, no photo with Michelle, and zero recognition. The same is true for $1,250, which puts you in the general viewing section and basically just buys you dinner.

As if the evening could get any more spectacular, appearing with the first lady will be special guest and newcomer to the coming-out scene, NBA basketball star Jason Collins. Jason was formerly known only for dribbling, albeit poorly, on the hardwood; now he’s moved up and become a gay pioneer in the professional sports community. Adding to those credentials is the prestige that comes with joining the likes of Sandra Fluke, who is also the proud recipient of a personal telephone call from “couldn’t be prouder” free contraceptive/gay-pride supporter Barack Obama.

Anyway, it sure seems like those Obamas really want to mix it up. While Barack was out bestowing God’s blessing on Planned Parenthood and putting his stamp of approval on giving abortifacients to 15-year-olds, the first lady is preparing to grace the gathering of the one community on the planet that doesn’t need birth control.