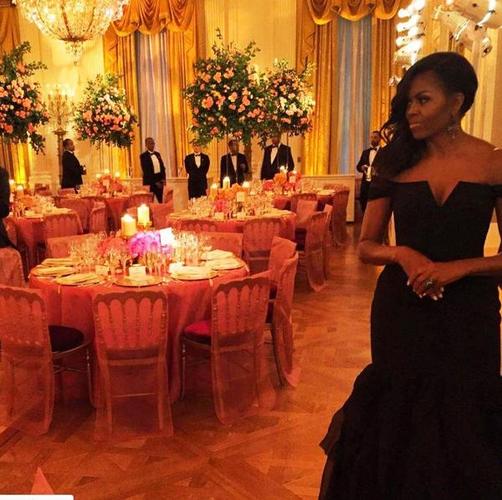 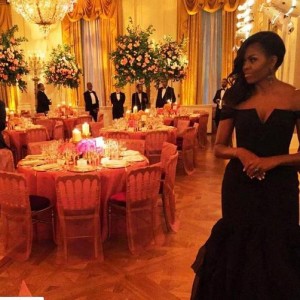 In 2013 Pope Francis advocated for the poor when he challenged the world by saying:

When we are generous in welcoming people and sharing something with them — some food, a place in our homes, our time — not only do we no longer remain poor: we are enriched. I am well aware that when someone needing food knocks at your door, you always find a way of sharing food; as the proverb says, one can always ‘add more water to the beans’…demonstrating that true riches consist not in materials things, but in the heart!

Likewise in 2015, besides hammering home dire warnings about what he perceives to be an impending environmental calamity, during his US visit, the Pope implored Americans to take into consideration the needs of the ‘least among us.’  That’s why, in an effort to set an example, rather than dining with members of Congress Francis chose to bless a humble meal hosted by Washington DC’s Catholic Charities.

In response to the standard set by the pope, and in honor of Chinese President Xi Jinping and First Lady Madame Peng Liyuan’s State Visit, Barack and Michelle set quite an example of their own.

While the Pope was in Madison Square Garden citing Jesus walking among “second-class” citizens on the streets of New York City, the first couple was enjoying a post-papal feast that excluded holiness, the homeless, the indigent, and Jesus.

Immediately after hearing the Pontiff at the UN directly reference “A selfish and boundless thirst for power and material prosperity,” which Francis maintains “leads both to the misuse of available natural resources and to the exclusion of the weak and disadvantaged,” Michelle showed up in a Vera Wang dress that probably set her old man back a good $15,000.

Resplendent in side-swept hair extensions, the FLOTUS, resembling her admitted girl-crush Beyoncé Knowles, made a grand appearance on the red carpet in an off-the-shoulder cleavage-revealing mermaid costume.

In the East Room of the White House, embodying the fragile beauty of the environment that the Pope is convinced is in jeopardy, tables were decorated with exquisite taxpayer-funded centerpieces constructed of “a flower that is precious to [both] the east and west” – the salmon and pink-hued rose.

The menu started with dim sum canapés followed by a wild mushroom soup with black truffles, neither of which is standard fare at inner-city homeless shelters.

Nonetheless, next came the poached Maine lobster with locally-made rice noodles rolled with spinach, leeks and mushrooms.  The fish course was followed by a main course of grilled loin of Colorado Lamb accented with garlic fried milk (whatever that is) and sautéed baby broccoli from a local farmer’s market.

While the Pope’s homily referenced Jesus strolling around the Big Apple, at the White House the dessert choices included poppy seed bread-and-butter pudding with Meyer lemon curd and lychee sorbet, as well as miniature pastries served from a Chinese-themed “Stroll Through the Garden” dessert display.

Yet despite the curd, the sorbet and the stroll, one glaring contradiction remains: in addition to the Pontiff’s off-kilter obsession with preserving the earth’s resources, prior to the State Dinner the 78-year-old pope strongly stressed the “grave offense” of economic and social segregation.

So at the risk of being gravely offensive, rather than adding ‘more water to the beans’ and sharing food with the socially segregated, the White House chose to host a sumptuous in-your-face feast for the very people the Pope deems blameworthy for the plight of the poor.