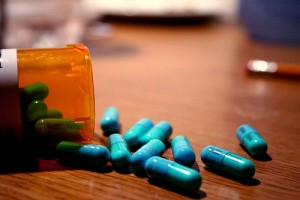 What a coincidence. Just as Obama is about to institute health care reform, up pops a billboard on Route 22 in Hillside, New Jersey advertising a group supporting the Right-to-Die.  What an ironically opportune time for the euthanasia discussion to begin again.

The billboard is sponsored by the Final Exit Network, whose mission provides guidance to “adults with painful illnesses” offering exit – not off Route 22, but onto the highway to hell.

The abortion argument has resolved, so it’s time to segue to baby-boomers sparing the kids and the government expense by choosing to veer toward the cemetery. Apparently, the slaughter of 60 million unborn children isn’t enough.  Its time to up the ante and convince people with Alzheimer’s, Lou Gehrig’s disease, Parkinson’s disease, and even emphysema that “choice” may start with birth prevention, but it ends with taking a death plunge.

Before the general population willingly submits to putting Dr. Death on speed dial, suicide, like abortion, needs to be sanitized and made palatable.  Murder is now the right-to-choose, and in the run-up to Obamacare euthanasia groups like the Hemlock Society are busily transforming suicide into an “End-of-Life Choice.”

Recently the “End-of-Life Choice” moniker was changed to “Compassion in Dying,” which then merged two favorite liberal words to finally become “Compassion and Choices.”  What could be more munificent than the sick and elderly voluntarily buying the farm as an extension of kindness toward the common good?

Final Exit Network defines caring compassion as putting a turkey basting bag over your head, a sweat band around your neck and, after blowing up a few festive balloons marking self-deliverance, turning on a helium tank and bidding adieu to life-long government dependency.

Moreover, what better place to start programming the masses than on billboards presenting the culture of death motto: “My Life My Death My Choice,” which sounds strangely similar to “My Mind My Body My Choice.”

Upon seeing the billboard on the road, Emiliano Martinez voiced what liberals would likely consider an outdated religious view, saying “It’s the not right choice. God gives us life and only God knows when He’s going to take us from this world.” If health care gets expensive, a federal policy to deal with resistant people of Martinez’s ilk may need to be established to ensure “Compassionate Choice” is carried out on defiant people like Emiliano.

If the self-deliverance promotional campaign goes well, most Americans will likely become amenable to the idea, such as Richard Barros, who contends “It’s your life.  You should be able to choose where you want to go and what you want to do with your life.”  Translation: If Barrios is in need of a triple bypass, hopefully he will decide to turn on an unauthorized gasoline-powered vehicle in an airtight garage and compassionately spare the healthcare budget.

The billboard sponsor denies assisting deaths but admits providing information to at least 300 people nationwide. The Final Exit Network doesn’t literally push anyone off the top of a 20-story building. Instead, Final Exit compassionately goads the “psychologically sound” to make the suicidal choice by standing on the sidewalk yelling “Jump, go ahead and jump!”

Ironically, the Final Exit Network strategically placed billboards in San Francisco and Florida in honor of the large elderly population, hopefully in ample time to convince seniors soon to be denied health care that on the freeway of life in Obamerica, there’s always the option to get off at the final exit.